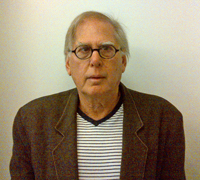 Dr. Chadwick received B.S. and M.S. degrees from Cornell University. He received his Ph.D. from Stanford University in 1971, where he studied light scattering phenomena in blood. Dr. Chadwick joined the engineering faculty at the Technion Israel Institute of Technology in 1971, where he began his studies on cochlear mechanics. He moved to UCLA as an assistant professor in 1975, where he continued this work with Julian Cole. Dr. Chadwick joined the Bioengineering and Instrumentation Branch at NIH in 1980, where he began research in cardiovascular dynamics, and then moved to the NIDCD as a Senior Investigator in 1996. He is an elected fellow of the American Institute of Medical and Biological Engineering. Dr. Chadwick's laboratory studied cochlear and cellular mechanics.