Following 22 years of dedicated service to the intramural research program of the National Institutes of Health, Andrew J. Griffith, M.D., Ph.D., will step down in the late spring to take an academic leadership role at the University of Tennessee Health Science Center (UTHSC). An esteemed geneticist and otolaryngologist–head and neck surgeon, Griffith has spent two decades as a principal investigator at the National Institute on Deafness and Other Communication Disorders (NIDCD), during which he led the NIDCD intramural program as the scientific director for 11 years. Thomas B. Friedman, Ph.D., an NIDCD principal investigator who leads studies on molecular and human genetics, will serve as acting scientific director until a permanent scientific director is named. 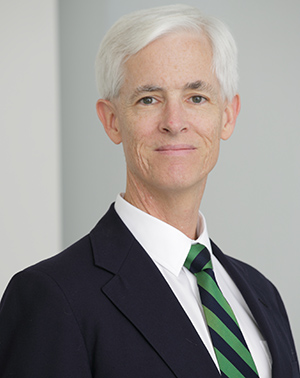 Griffith led groundbreaking research in hearing and balance disorders, and has a stunning history of mentorship, leadership, and dedication to the NIDCD mission. He will now explore the next phase of his career as the senior associate dean of research for the UTHSC’s College of Medicine in Memphis.

NIDCD Director Debara L. Tucci, M.D., M.S., M.B.A., commented, “Andy’s time at the NIDCD was more than valuable, it was vital. He not only shared his passion and vision for science at the Intramural Research Program; he also deftly led it into a modern age of diversity, productivity, and excellence in research training.”

Griffith was a vocal advocate for diverse representation of scientists at the NIDCD. He was instrumental in increasing the percentage of female tenure-stream (tenure-track or tenured) faculty in the NIDCD from 7% to 44%. Griffith also supported mentoring and career development for all intramural scientists, and promoted programs to attract trainees from diverse backgrounds.

Griffith had a major impact across the NIH and beyond, serving as a spokesperson for the NIDCD in NIH, congressional, and public settings. He served in many leadership roles at the NIH. Notably, he played a major role in the response to the NIH Red Team report, as well as in the reorganization of intramural clinical research as the NIH deputy director for intramural clinical research, a post he has held since 2016.

Griffith joined the NIH in 1998 as a member of the senior medical staff of the NIH Clinical Center. He then came to the NIDCD as a senior staff fellow and received additional training with Thomas Friedman, Ph.D., chief of the NIDCD Section on Human Genetics.

Since 2000, Griffith has served as the chief of the Otolaryngology Branch and the Molecular Biology and Genetics Section of the NIDCD intramural program. Griffith made seminal contributions to the understanding of the genes, molecules, and processes involved in hearing and hearing loss. His laboratory conducted pioneering studies that led to the discovery of the TMC gene family and demonstrated that the TMC1 and TMC2 genes encode protein components of the mechanoelectrical transduction channel of inner ear sensory cells. The components of this channel had proven elusive to the hearing research community for many years.

“Andy has been a fantastic colleague and collaborator through the years,” said Friedman. “He does an exceptional job fostering a collegial, fair, and inspiring environment for some of the best research in the world on communication disorders, particularly pertaining to the inner ear.”

Griffith has received many honors over the course of his career, including a 2002 Presidential Early Career Award for Scientists and Engineers (PECASE)—the highest honor bestowed by the U.S. government on outstanding scientists in the early stages of their independent research careers. Griffith has also received two NIH Director’s Awards in the past three years for his distinguished service to the NIH.

Griffith earned a B.S. in chemistry from the University of California, Davis, and an M.D. and Ph.D. from Yale University. He completed an otolaryngology–head and neck surgery residency at the University of Michigan, where he also received fellowship training in the laboratory of Miriam Meisler, Ph.D., in the Department of Human Genetics.

Griffith reflected, “There is no place quite like the NIH intramural program and its Clinical Center anywhere in the world. I am fortunate to have served at this crown jewel of biomedical research. I will miss many things, but what I will miss the most are the people, including my colleagues and co-workers at the NIDCD and across the NIH, and the brave and generous patients and families that I have had the privilege to work with at the NIH Clinical Center.”

About the National Institutes of Health (NIH): The NIH, the nation’s medical research agency, includes 27 institutes and centers and is a component of the U.S. Department of Health and Human Services. The NIH is the primary federal agency conducting and supporting basic, clinical, and translational medical research, and is investigating the causes, treatments, and cures for both common and rare diseases.