What is apraxia of speech?

Apraxia of speech (AOS)—also known as acquired apraxia of speech, verbal apraxia, or childhood apraxia of speech (CAS) when diagnosed in children—is a speech sound disorder. Someone with AOS has trouble saying what he or she wants to say correctly and consistently. AOS is a neurological disorder that affects the brain pathways involved in planning the sequence of movements involved in producing speech. The brain knows what it wants to say, but cannot properly plan and sequence the required speech sound movements. 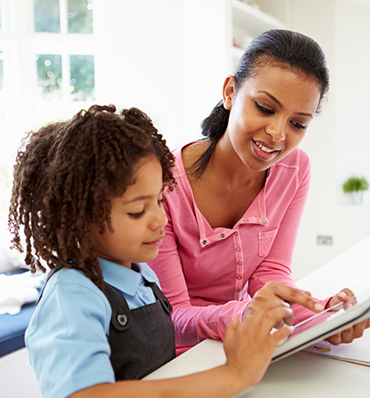 The severity of AOS varies from person to person. It can be so mild that it causes trouble with only a few speech sounds or with pronunciation of words that have many syllables. In the most severe cases, someone with AOS might not be able to communicate effectively by speaking, and may need the help of alternative communication methods.

What are the types and causes of apraxia of speech?

What are the symptoms of apraxia of speech?

People with either form of AOS may have a number of different speech characteristics, or symptoms:

Children with AOS generally understand language much better than they are able to use it. Some children with the disorder may also have other speech problems, expressive language problems, or motor-skill problems.

How is apraxia of speech diagnosed?

Professionals known as speech-language pathologists play a key role in diagnosing and treating AOS. Because there is no single symptom or test that can be used to diagnose AOS, the person making the diagnosis generally looks for the presence of several of a group of symptoms, including those described earlier. Ruling out other conditions, such as muscle weakness or language production problems (e.g., aphasia), can help with the diagnostic process.

In formal testing for both acquired and childhood AOS, a speech-language pathologist may ask the patient to perform speech tasks such as repeating a particular word several times or repeating a list of words of increasing length (for example, love, loving, lovingly). For acquired AOS, a speech-language pathologist may also examine the patient’s ability to converse, read, write, and perform nonspeech movements. To diagnose childhood AOS, parents and professionals may need to observe a child’s speech over a period of time.

How is apraxia of speech treated?

In some cases, people with acquired AOS recover some or all of their speech abilities on their own. This is called spontaneous recovery.

Children with AOS will not outgrow the problem on their own. They also do not acquire the basics of speech just by being around other children, such as in a classroom. Therefore, speech-language therapy is necessary for children with AOS as well as for people with acquired AOS who do not spontaneously recover all of their speech abilities.

Speech-language pathologists use different approaches to treat AOS, and no single approach has been proven to be the most effective. Therapy is tailored to the individual and is designed to treat other speech or language problems that may occur together with AOS. Frequent, intensive, one-on-one speech-language therapy sessions are needed for both children and adults with AOS. (The repetitive exercises and personal attention needed to improve AOS are difficult to deliver in group therapy.) Children with severe AOS may need intensive speech-language therapy for years, in parallel with normal schooling, to obtain adequate speech abilities.

In severe cases, adults and children with AOS may need to find other ways to express themselves. These might include formal or informal sign language; a notebook with pictures or written words that can be pointed to and shown to other people; or an electronic communication device—such as a smartphone, tablet, or laptop computer—that can be used to write or produce speech. Such assistive communication methods can also help children with AOS learn to read and better understand spoken language by stimulating areas of the brain involved in language and literacy.

Some adults and children will make more progress during treatment than others. Support and encouragement from family members and friends and extra practice in the home environment are important.

What research is being done to better understand apraxia of speech?

Researchers are searching for the causes of childhood AOS, including the possible role of abnormalities in the brain or other parts of the nervous system. They are also looking for genetic factors that may play a role in childhood AOS. Other research on childhood AOS aims to identify more specific criteria and new techniques to diagnose the disorder and to distinguish it from other communication disorders.

Research on acquired AOS includes studies to pinpoint the specific areas of the brain that are involved in the disorder. In addition, researchers are studying the effectiveness of various treatment approaches for both acquired and childhood AOS.

Where can I find additional information about apraxia of speech?