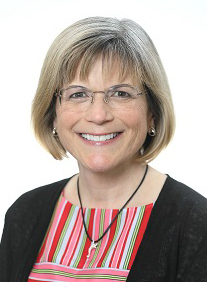 The National Institute on Deafness and Other Communication Disorders (NIDCD), part of the National Institutes of Health (NIH), has named Lisa L. Cunningham, Ph.D., as the scientific director/director of the Division of Intramural Research. In this role, Dr. Cunningham will oversee the intramural or “in-house” research programs, which have roughly 165 employees working in 13 labs.

“I am delighted that Dr. Cunningham will be joining the NIDCD leadership team as head of our intramural research program,” said Debara L. Tucci, M.D., M.S., M.B.A., director of the NIDCD. “She is passionate about science, and her extensive experience in basic, translational, and clinical research will be critical to advancing our shared vision of propelling new discoveries to the clinic and reducing the disease burden in our mission areas.”

Dr. Cunningham has been in the intramural program at the NIDCD since 2011, becoming chief of the Section on Sensory Biology in 2014. The intramural program focuses on research on human communication disorders, with a primary interest in hearing and balance. The division’s scientists have made great strides in deepening our understanding of inner ear development and function, as well as how genetic variations and factors such as ototoxic drug exposure affect hearing and balance.

“I am honored that Dr. Tucci has entrusted me with this position,” said Dr. Cunningham. “The Division of Intramural Research has truly outstanding scientists, and the intellectually rich and collaborative culture of the division has positioned us to make important discoveries and to generate resources that will benefit the entire field. I am looking forward to building on the existing high quality of scientific research by recruiting a diverse faculty of researchers and facilitating the development of innovative therapies.”

Dr. Cunningham originally trained as a clinical audiologist and later received her Ph.D. in neuroscience from the University of Virginia. She completed a postdoctoral fellowship at the University of Washington, Seattle, before joining the faculty at the Medical University of South Carolina as an assistant professor.

While she had initially planned for a career as a clinician, an auditory study she conducted as an undergraduate, with her classmates serving as research subjects, abruptly changed her path. “We had created a tiny piece of new knowledge, and I was hooked. I knew then that research was what I wanted to do for the rest of my life,” said Dr. Cunningham.

Dr. Cunningham’s scientific interests lie in the cellular and molecular mechanisms that underlie the survival or death of hair cells—inner ear cells that are fundamental to hearing and balance. An area of particular focus is hearing loss caused by medications, such as certain antibiotics or cancer drugs. She and her team recently found evidence suggesting that a cholesterol-lowering drug called atorvastatin can reduce hearing loss in patients undergoing cancer chemotherapy with cisplatin, which is toxic to hair cells. Her team is pursuing this finding through a Phase 3 trial, the first Phase 3 trial to be conducted within the division.

Among Dr. Cunningham’s numerous honors and awards are two NIDCD Director’s Awards and an NIH Bench-to-Bedside Award. She has also been recognized for her commitment to mentoring, having been voted three times one of the top 10 teachers in the Medical University of South Carolina College of Graduate Studies, and having received an NIH Graduate Partnerships Program Outstanding Mentor Award.

Dr. Cunningham has been an active member of the scientific community, both within and outside NIH. As academic dean of the NIH Oxford-Cambridge Scholars Program, she has helped to advance NIH on the world stage and to launch the biomedical research careers of a group of talented graduate students. She has also served as an elected member of the Association for Research in Otolaryngology Council, where she has worked on diversity programming and cultural awareness. In her role in the association, she has helped to create a framework for ensuring that the field as a whole is inclusive, diverse, and welcoming.