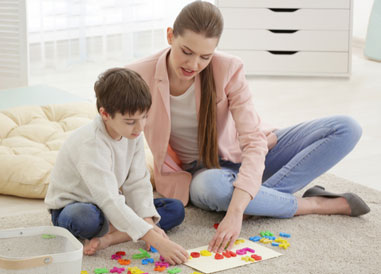 The effects of low birth weight on communication and developmental problems extend beyond the tiniest of babies and continue well into childhood, according to an analysis of follow-up survey data on a large, diverse group of children. Among the results, the researchers found that by age 10, children in all three standard categories of low birth weight were more likely to have been diagnosed with a speech-language disorder and to have received speech-language services than children who had been born at a normal weight. Funded by the National Institute on Deafness and Other Communication Disorders (NIDCD), part of the National Institutes of Health, the study appears in the September issue of Early Human Development.

Researchers from NIH, the Missouri Department of Health and Senior Services, and the University of Missouri tapped into existing data from the Missouri Maternal and Infant Health Survey about infants born during a 16-month period between 1989 and 1991. After 10 years, parents or other caregivers of nearly 870 children from the original survey filled out an extensive questionnaire about their children, including their medical, educational, and social services history. The data were grouped according to the children’s birth weights: extremely low (less than 2.2 pounds), very low (2.2 to 3.3 pounds), moderately low (3.3 to 5.5 pounds) and normal (more than 5.5 pounds).

While there have been many other reports on the impact of low birth weight on child health and development, the current study stands out because of the diversity among the population, the range of birth weights assessed, and the length of the follow-up. Also, this study, unlike many others, has been case-controlled since birth, with the low birth weight infants having been matched with normal weight infants by date of birth, race, maternal age, and area of residence. By controlling for these factors, the researchers provide strong evidence that birth weight, independent of other factors, has a lasting impact on development and health.

“Our findings emphasize the importance of birth weight on health outcomes and the need for some therapeutic and special education services. Low birth weight can have major impacts on developmental health, independent of other factors such as sociodemographic factors, even ten years after birth,” noted Howard Hoffman, M.A., corresponding author of this study and director of the NIDCD Epidemiology and Statistics Program.

Low birth weight was not linked to hearing loss or the use of hearing aids in this study, although parents of children with extremely low birth weight reported a significantly higher rate of special seating in classrooms because of hearing problems. However, hearing problems are often underdiagnosed and underreported, and this study reports on children who were born more than a decade before universal newborn hearing screening was required in Missouri, starting in 2002.

This study was supported by the NIDCD through research contract number N01-DC-7-2111 with the Missouri Department of Health and Senior Services.