On October 8, 2020, the National Institute on Deafness and Other Communication Disorders (NIDCD) convened a group of scientific experts online for the NIDCD Workshop in Otitis Media (OM) in Early Childhood. The purpose of the virtual workshop was to collect scientific input on ways to advance research on otitis media (middle ear infections). Given the public health burden of OM in the U.S. and globally, the goal was to identify scientific strategies to accelerate the transition from the basic discovery phase to disease prevention and therapies. The panel addressed the decline in OM research supported by the NIDCD as well as the investigator pipeline.

Prior to the workshop, subpanels were formed based on the topic areas. The subpanels then met periodically to address the assigned topic area. Each subpanel prepared a report for presentation at the workshop. The scientific experts’ focus was on the science. They have not had nor will they have any role in formulating, recommending, or determining any funding initiatives.

OM research: Past, present, and future

The objectives of this section are to identify key topics/studies that influenced past and present OM research, and to identify potential future directions in research on OM pathogenesis and improvements in diagnosis, treatment, and prevention. Past OM research was either primarily descriptive in nature or focused on treatment outcomes. Present studies are more mechanistic and seek to understand the pathogenesis of the disease at the cellular and molecular level, identify vaccine candidates, and develop novel therapeutic approaches. Future research should continue efforts to understand OM using evolving and innovative methods, especially focused on OM chronicity and improvements to prevention and treatment. Future studies are briefly outlined below and treated in detail in the subsequent sections.

OM is a significant health and economic burden in developed countries, especially for underserved populations. In the developing world, OM qualifies as a serious health crisis due to lack of adequate and advanced medical care, leading to high levels of lifelong morbidity and unacceptable childhood mortality. Current data on the status of OM is lacking. Epidemiologic studies are needed to identify the true magnitude of the problem and focus on identifying children who are at highest risk for recurrent, persistent, and suppurative disease with the goal of identifying modifiable risk factors.

Treatment for OM, consisting primarily of systemic antibiotics and the insertion of ventilation tubes, has changed little for decades, and new therapies are clearly needed. Prevention consists primarily of the pneumococcal conjugate vaccine (PCV), which covers only 13 strains and has had modest effects on OM incidence due to replacement by other bacterial species and Spn strains. Pathogen replacement remains an evolving process. More effective OM prevention is also needed. Finally, the reasons that some children are otitis-prone and others OM-resistant remain poorly understood and may be key to treatment and prevention.

Statement of the issue

While modest progress has been made in translating basic OM research to therapies, there are major barriers to advancing research findings to the clinic. In order to advance OM prevention and treatment, these barriers need to be identified, and strategies to overcome them must be developed.

Under-treated chronic, suppurative OM is estimated to cause half of the world’s burden of moderate-to-severe hearing loss (~200 million cases), and ~30,000 annual deaths, primarily in the developing world. The prevalence of OM is ~50% during the first two years, with ~90% of school age children having experienced at least one bout. Furthermore, chronic OM is a prevalent co-morbidity in children with fetal alcohol spectrum disorders (77%), Down syndrome (75%), and craniofacial disorders (60-85%). Suppurative OM is associated with audiometric threshold elevation by ~25 dB (8-53 dB HL) at an age critical to speech and language development.

While clinical trials have mainly targeted severe OM, even mild episodes can be associated with weeks to months of effusion. Non-human studies demonstrate that mild or temporary hearing loss during critical developmental periods, similar to that observed in chronic OM, can cause long-lasting changes to the central nervous system and behavioral skills.

Human studies show that transient childhood OM is a risk factor for delays in language acquisition, deficits in complex auditory processing, and potential learning problems. Human postmortem studies indicate that childhood chronic OM is associated with long- term sensorineural hearing loss in adulthood, suggesting that OM could actually lead to progressive hearing loss during childhood and beyond. Severe hearing loss due to undertreated chronic suppurative OM leads to major social and economic burdens in underserved populations and in many parts of the developing world.

Advances that are likely to have the greatest impact:

Research on OM in the U.S. is declining. As older researchers leave the field, fewer are being replaced by young faculty. Trainees in OM research units often migrate to other diseases. This is due to a perception that OM is a minor disease that has been “solved” by PCVs, lack of recognition of OM’s impact around the world, and difficulties in obtaining research funding. These perceptions may also negatively impact promotion and tenure decisions for those staying in the field. It is imperative to attract and keep talented scientists within the field of OM research in order for them to develop and maintain competitive careers as OM scientists. We also need to identify scientific research and workforce development strategies to accelerate translation of basic science discoveries to clinical use through modernized research methods and opportunities. 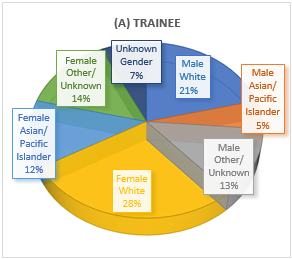 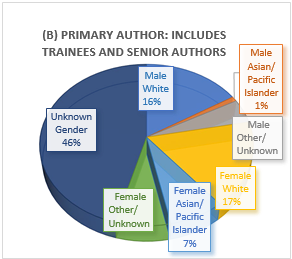 Summary: Many challenges faced by OM researchers apply to the entire biomedical field. However, challenges may be turned into opportunities (e.g., less competition) that are favorable for PIs, trainees, and early career researchers (ECRs). Reduced competition also allows for more collaborations among OM researchers and with those outside the field, enhancing opportunities for trainees/ECRs. For OM, many research areas remain untapped and can be pursued by trainees/ECRs.

Proposed strategies within the focus areas

The NIDCD Working Group on Otitis Media in Childhood has identified major gaps in our understanding of OM that present opportunities for novel and continued research. The group has also noted important barriers to progress in the field, in clinical and basic research, and in translation of research to the clinic. Within the sections of the working group, certain topics were repeatedly raised. They include, in no particular order, the need to:

This report is respectfully submitted to the NIDCD with the goal of significantly advancing the institute’s portfolio of OM research.