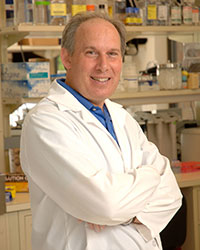 Dennis Drayna, Ph.D., a scientist at the National Institute on Deafness and Other Communication Disorders (NIDCD), National Institutes of Health, will participate as a special guest in the 500th podcast of StutterTalk, to be made available on March 4, 2015, on the StutterTalk website. Dr. Drayna, who will be making his fourth appearance on the podcast, will discuss the role of genetics in stuttering. Questions for Dr. Drayna that are submitted by 5 p.m. eastern time on March 1 may be addressed in the podcast.Questions can be submitted via the StutterTalk website or@StutterTalk on Twitter.

Stuttering is a common speech disorder in which sounds, syllables, or words are repeated or prolonged, disrupting the normal flow of speech. It is estimated that more than 3 million Americans stutter. Stuttering can affect people of all ages, but occurs most frequently in young children between the ages of 2 and 6. Boys are 3 times more likely than girls to stutter. Most children, however, outgrow their stuttering, and researchers estimate that fewer than 1 percent of adults stutter. Much of persistent stuttering is now thought to have a genetic cause.

Dr. Drayna heads the NIDCD's Laboratory of Communication Disorders, Section on Systems Biology of Communication Disorders. His research, which has taken him around the globe, has discovered several genes that cause stuttering. In an interview with NIH’s Fogarty International Center, Dr. Drayna said that stuttering is “in every language group in every population around the world. It can have a very profound impact on the lives of those who are affected. Speech therapy helps in some cases but not in all. There are no effective drugs, and few other effective interventions."

To listen to the podcast on or after March 4, 2015, visit the Stuttertalk website, where you will also find past podcasts featuring Dr. Drayna.