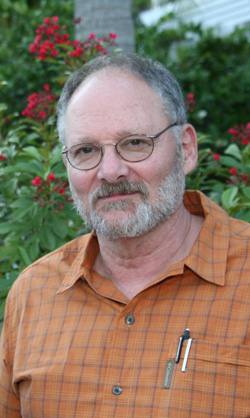 Dr. Barry Davis, father, friend, and mentor, passed away on July 3, 2012, after a valiant fight against a long illness. Born on July 24, 1946, in San Pedro, Calif., Dr. Davis received his B.A. in 1968 in psychology from Miami University, Oxford, Ohio, and his Ph.D. in 1975 in the neurosciences from the University of Rochester Medical School in New York. He then held positions as an associate professor at the University of Alabama at Birmingham followed by the University of Maryland at Baltimore. During that time, he studied the gustatory, or taste, areas in the brainstem of rodents, research that was continuously funded by the National Institutes of Health (NIH).

In 1999, Dr. Davis left academics to join the NIH as director of the taste and smell program within the National Institute on Deafness and Other Communication Disorders (NIDCD), where he worked with the chemosensory community for 14 years. While at NIH, his research interests included the anatomical, physiological, and biochemical similarities and differences among brain structures involved in the processing of taste and smell.

“Before coming to NIDCD, Barry was a successful scientist in his own right,” said NIDCD director Dr. James F. Battey, Jr., “making significant contributions to our understanding of the anatomical organization of the gustatory system.”

As a program director, Dr. Davis’s broad understanding of the field helped move NIDCD forward in surprisingly innovative and productive ways. On a personal level, as many of the grantees who worked with him would attest, Barry was someone who did not mince words. But he was revered for his fairness, his honesty and his direct and candid style.

Dr. Davis was affiliated with the American Association for the Advancement of Science (AAAS), the Society for Neuroscience (SFN), and the Association for Chemoreception Sciences (AChemS), where he actively participated in meetings, led workshops, and advised junior investigators. He was an advocate for AChemS’ research endeavors and participated in NIH-wide initiatives that helped to expand AChemS’ resources within the NIH. In 2009, Dr. Davis received the AChemS Distinguished Service Award in recognition of his outstanding service to the chemical sciences research community. Other awards he received included the NIH Research Career Development Award and the National Research Service Award Senior Fellowship.

According to Judith Cooper, Ph.D., deputy director of the NIDCD, "Barry was an invaluable program officer, serving as a strong and fair advocate for his research community, which held him in the highest regard.  In addition, he was a leader in numerous institute activities and served the broader NIH on various committees, including the Pain Consortium, the NSF/NIH Collaborative Research in Computational Neuroscience initiative, and the US-Japan Brain Research program.  He will be terribly missed by all of us.”

Dr. Charles Greer, a research associate of Dr. Davis’s and former president of AChemS, said, “His advocacy for the chemosensory community was unparalleled.  His knowledge of the leading questions, his understanding of the techniques, and his personal relationships throughout the field heralded a new era for chemosensory representation at NIH.”

Dr. Davis is survived by his beloved son, Kyle Tucker-Davis, who is a recent graduate of the U.S. Naval Academy.